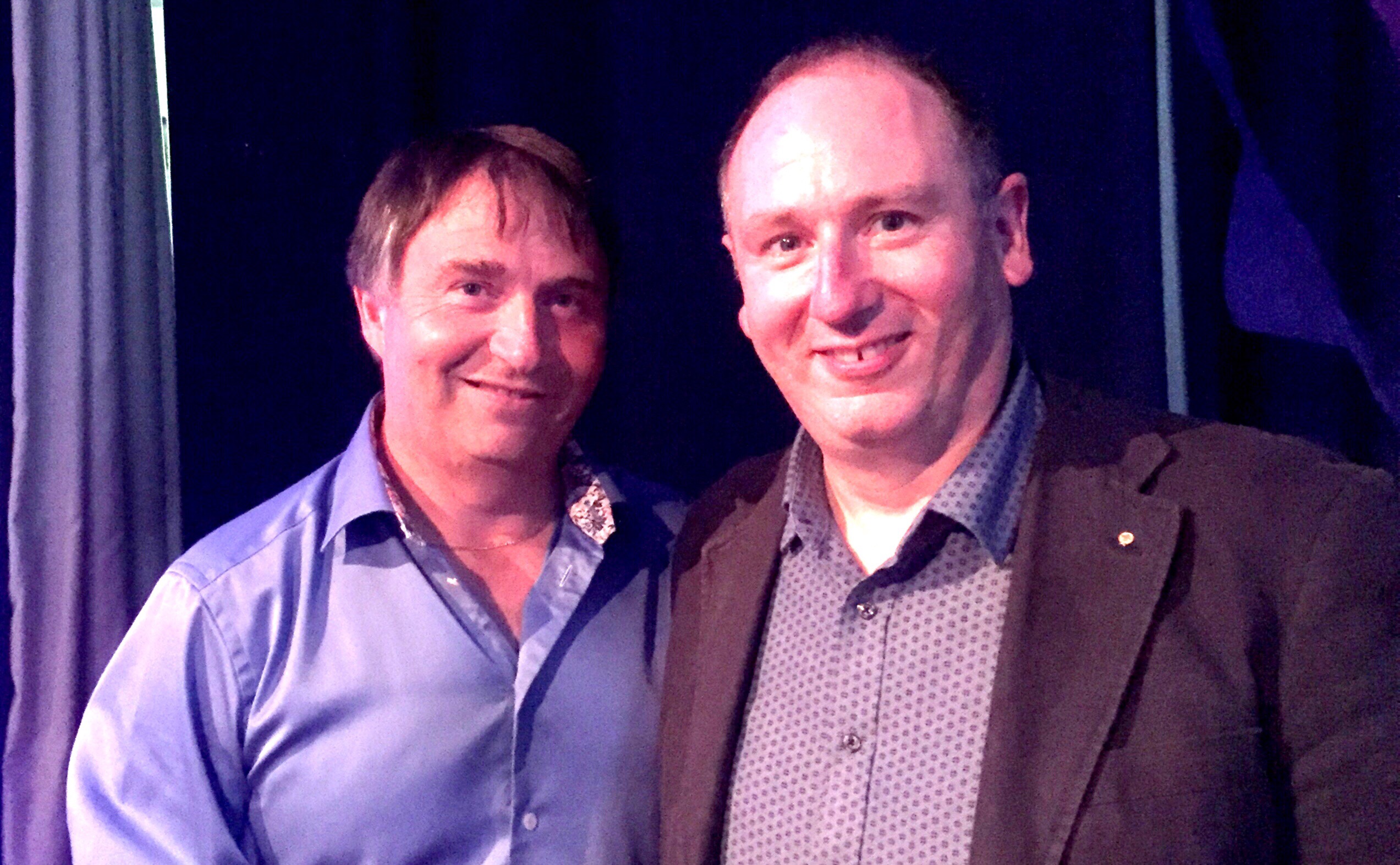 Wayne Bulpitt completes his term as the UK Scout Association’s Chief Commissioner in September.   Tonight, a large group of his friends and colleagues gathered at Baden-Powell House for a dinner to celebrate his contribution to the Movement.   I was asked to make a short valedictory speech in honour of my friend.  Here’s what I said:

“Every so often, someone comes along who defines a generation. This happens in Scouting in the same way as in public life. Wayne defines our generation.

Wayne’s Scouting started on his eighth birthday with the 1st Warsash Cub Pack. Since those days, he has been an active member of each Section and became an Assistant Scout Leader at the age of 18. Moving to the Channel Island of Guernsey in 1983, he was quickly made welcome and became Leader of the Northern Venture Scout Unit. After a spell as Treasurer he was appointed Bailiwick Commissioner from 1998 – 2004. He was appointed UK Chief Commissioner in May 2009, having been Chief Commissioner of England (South) since September 2007, Chairman of the Association’s Board of Trustees until that date and an elected Trustee since 2001.

If you look at the various developments that have happened over recent years, not just during his tenure as UK Chief Commissioner, but before that, they’ve been delivered by a whole range of people. But at their root is a common denominator. And that common denominator is Wayne.

Growth. Diversity. Scouting for all. Youth-shaped. Effective governance. Effective management. Effective leadership. You can track all of them back to Wayne.

Passion is an overused word. But it is the best one that I can find to describe his commitment to the Movement and its values.

I first encountered that passion fifteen years ago when we were both trustees on what was then “Committee of the Council”. In breaks during meetings at Gilwell we would disappear off together to pace around The Quick and Essex Chase, chuntering together and putting the world to rights. Wayne instinctively knew exactly what the Association needed. And he itched, visibly itched, to start checking his ideas out with the Movement and then making some of them a reality.

And, as we know, he has done just that. Over an extraordinary tenure, he has influenced virtually every aspect of our organisation. He has applied himself tirelessly in the interests of young people and the Movement. The organisation has shifted from one that was suffering falling numbers and a lack of public confidence to the vibrant, growing, relevant youth movement that it is today. This has happened as a result, in no small part, of a combination of Wayne’s personal drive, strategic insight and inspirational leadership.

He has pushed hard for positive change and has delivered it. He has not shirked from facing difficult issues. Whilst doing so, he has listened widely to people within and outwith the Movement – He has always sought to take a wide range of views into consideration, and then made his own considered view clear and unequivocal. He has not been afraid to make a stand on principle. He is a genuine leader, not a populist politician.

And yet, whilst driving the Association forwards with remorseless energy, he has remained true to Scouting’s educational mission. We all know that Wayne’s commitment to getting out there and meeting people is legendary. He has made himself available to the whole Movement through his exhausting schedule of local visits across the length and breadth of the UK.

That is, I think, what has earned him the respect of young people and leaders around the United Kingdom. I remember speaking to one Leader in south London about a visit Wayne had made to his Scout Troop. Not only was the Leader incredibly impressed that Wayne had found the time to make a visit, he was equally impressed that he had joined in a session on knot tying and had demonstrated his ability to tie a clove hitch.

Through social media, Wayne has broken down the old mystique of Headquarters. He has 4,241 friends on Facebook – and I think every single one of them really do consider him to be a friend.

All of us here know that Wayne couldn’t have done what he has without the support of his family. Julie, Alastair, Francesca. Thank you for lending him to us. Though from looking at what he’s already started to do with the Diana Award, I’m not sure you’re going to get him back 100% just yet.

Wayne, you have led us all with unswerving dignity, commitment and verve. Thank you for being our UK Chief Commissioner. You have helped us all do our best. You live out your own Scout Promise on a daily basis. You are an inspiration to us all and to the Movement as a whole. But most of all, you are our friend, our mentor and our confidant. We all wish you the very best as you move on to the next chapter of life’s adventure.”