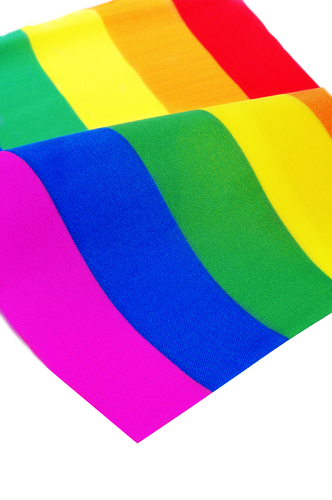 Last year, I sat down for a coffee and a chat with an old friend who is a senior Scouting volunteer in a country in Africa. We talked about the state of youth work in a country that has seen more than its share of civil conflicts, poverty and health pandemics, but is now becoming a force for social and economic development in its region and the continent as a whole. And, perhaps inevitably, because I seem to be asked about the matter wherever I travel, we also discussed the question of sexual identity and the diversity of Scouting’s attitudes around the world towards homosexuality.

Was I proud, my friend asked, of what had been achieved in terms of equality of access to Scouting for gay, lesbian, bi-sexual and transgender people within the UK? She knew the answer I would give. Yes, I was proud – and remain so – of the courage we showed more than ten years ago when, devising an equal opportunities policy for The Scout Association, a small group of us decided to recommend a statement that reflected the values we felt we wanted our young people to espouse – values of acceptance, openness and respect for each other and ourselves. The Association’s governing body agreed with our recommendation. They (or perhaps I should say “we” as I was also a trustee at the time) decided it was time to support the rights of homosexual young people and adults in our Movement to play an equal role; not to have to hide their sexual identity; to be proud of everything about themselves, not just the aspects that they felt were acceptable to their peers. It was time to make a public statement that broke the link that still existed in the public psyche between homosexuality and paedophilia. It was time to stand by the principles of the Scout Promise as we felt they should be interpreted within 21st Century British society. It was time.

The reaction to our statement of policy surprised us. It is true that some people, including some very senior volunteers, felt unable to support us and chose to leave the Movement. It is also true that some sections of the press and media reacted in characteristically excitable ways, suggesting that our Founder would be turning in his grave. But for the most part, people reacted favourably. The days of “don’t tell” were over. The many, many gay and lesbian leaders in our ranks continued to volunteer their services just as they had done before, but did so in the knowledge that no-one was going to attack them for who they were. Some came “out”. Many chose not to do so. But, in my view, most importantly, a new generation of young men and young women grew up in the Scout programme knowing that they could receive support and acceptance within the Movement they loved and respected.

Over the past ten years or so, that simple statement of policy has led to a growing confidence within the Movement in the UK to speak out on issues of diversity and rights. So, was I proud of what had been achieved? You bet.

But I also recognise that what’s right for one country isn’t necessarily right for another. It must be for the leadership of individual national Scout Associations to judge what is right for them. My friend reminded me that it had taken forty years since the decriminalisation of homosexual practice within the UK for the UK Scout Association to make a pro-gay statement. Scouting tends to reflect the society it serves, rather than setting the agenda. I’d like to think that we were brave in the UK; we were a little ahead of the curve of popular opinion when we chose to make our stance explicit. But we were, as a nation, already on the curve. I recognise how hard it would be for Scouting in many countries to make a similar statement. It could alienate the Movement from policy makers, faith leaders and society as a whole, particularly in countries where homosexuality remains illegal. For many countries, the time is not yet right to promote change.

That said, I appreciate, of course, the argument that sometimes we should be brave and challenge the status quo. Archbishop Tutu has, for instance, likened an anti-gay position to support for apartheid. And I respect the stance he took on that latter issue, even when it was an established policy of the country in which he lived. I’m just not sure that Scouting as an institution can always be ready to be as brave as the Archbishop.

Next week, the national leadership of one of World Scouting’s largest and most influential member organisations, the Boy Scouts of America, will be considering their membership policy and will be discussing the possibility of removing the national membership restriction regarding sexual orientation. I applaud their courage in doing so. I happen to believe that mainstream America (and their membership) is ready for change – even if the eventual commitment to change might not be as unequivocal as the change we were able to signal in the UK. The BSA works in a different way than the UK Association, often franchising its operations to what it calls chartered organisations. Even if a decision to remove the restriction at national level were to be made, the BSA would not require any chartered organisation to act in ways inconsistent with that organisation’s mission, principles or religious beliefs.

I do think that removal of the restriction at national level would be a massive (and I think courageous and highly appropriate) step for the BSA. I will wait to hear the results of the BSA Board’s deliberations. Only they can make the decision, within the context of the challenges and opportunities they face. But, sitting as I do on the other side of the Atlantic and viewing the situation, as I do, from my Northern European perspective, I can only finish with three small words of encouragement for my friends on the USA Board of the Boy Scouts of America. “It is time.”

As with all my blog entries, I should stress that the above post is written in a personal capacity and does not seek to represent the views of any organisation with which I am associated