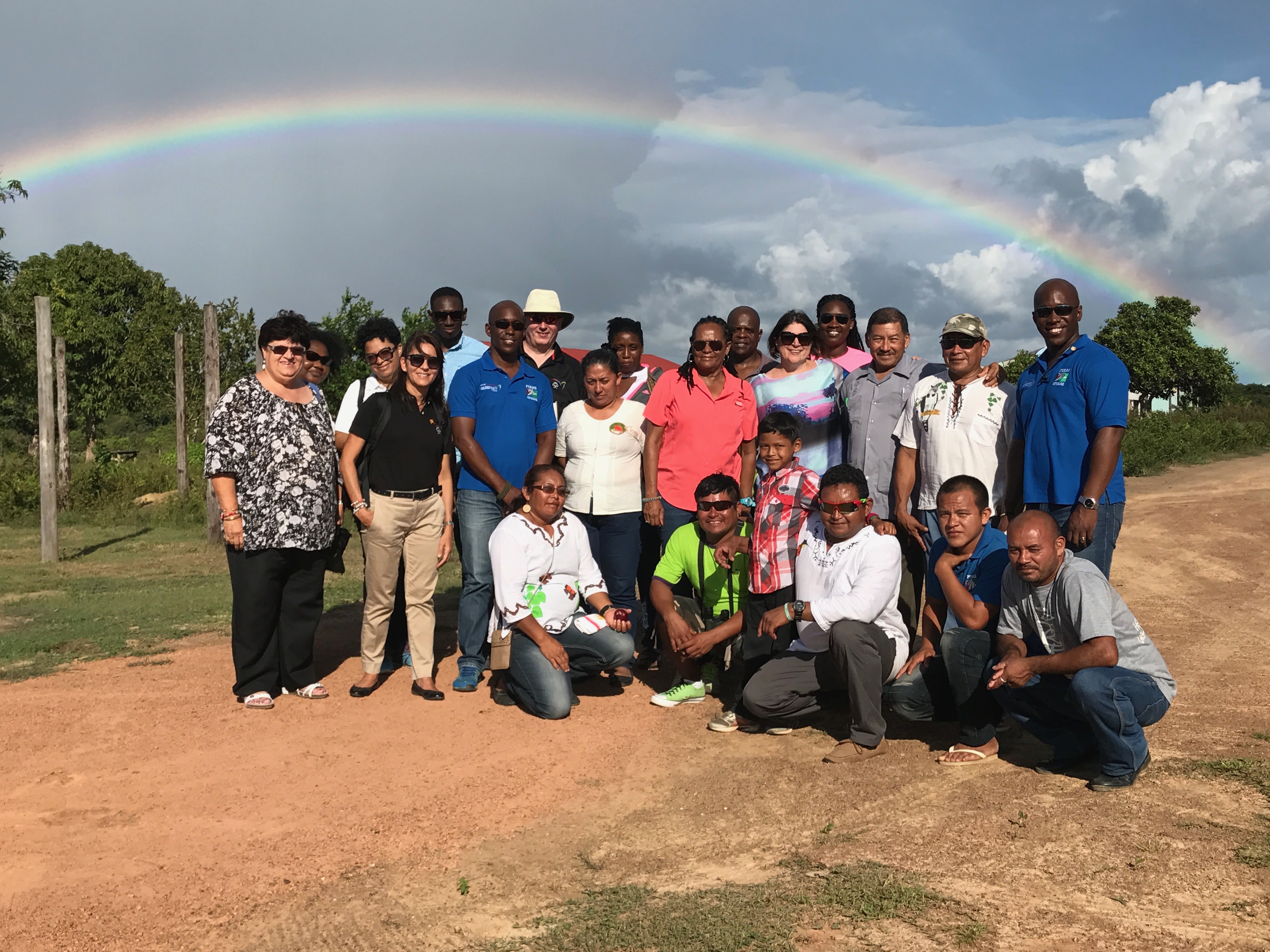 Looking at the news, I think it could safely be said that 2017 has been a troubled year globally.   Trump.  Terrorist attacks.  The global refugee crisis.  Plans (or lack of them) for Brexit.  The growth of violent extremism.  The threat of the use of nuclear weapons.

Yet, my Facebook feed throughout the year has been full of little reminders of hope – and a recognition that in all communities around the world there are people who represent the best in humanity.

So, as I look back on 2017, I’m not going to focus on the big picture.  Instead, I want to revisit a year of my Facebook friends making a difference:

January:  I welcomed Karin Ahlbäck to Oxfordshire for the day.   Karin has been a friend and inspiration for many years, who has transformed the way that the World Organization of the Scout Movement thinks about how it engages young people in its governance structures.  Karin moved from being a youth advisor to the World Scout Committee to being one of its most active elected members.  She’s brave, hard-working, politically adept, utterly values driven and has a wonderfully warm heart.  In November,  The Guides and Scouts of Finland awarded her the Silver Swan for committed and values-based service to global and Finnish Scouting.  Richly deserved.

February:  I visited the wonderful 1st Clifton Hampden Burcot & Wallingford Scout Troop and presented Amy with her Gold DofE pin.   Oxfordshire Scouting is blessed to have thousands of committed volunteers who, week in, week out, spend their leisure time supporting young people.    Paul Rogers and the rest of the leadership team in this Scout Group are great role models for the Scouts they serve – and Jo Hawtin, our Scout County’s DofE volunteer coordinator, is a living legend.

March:  I traveled to Lisbon to continue work with Mari Nakano,  Isabelle Dufresne Lienert, Mo Omar, Hany Abdulmonem, Cynthia Marquez, Carla Simoes and others on the soon-to-be published WOSM programme resource, aimed at helping youth leaders deliver Peace and Human Rights education as part of their work with young people.   I feel immensely grateful that this multinational writing group, drawn from so many different cultures and backgrounds, has been able to produce what I hope will be a really thought provoking publication that could have a real impact in communities throughout the world.

April:  I had a smashing Easter Monday lunch with my Mum.  Put the world properly to rights over tapas. And we had both bought each other chocolate rabbits, which was rather endearing.  Jennifer May remains one of the most amazing people I know.  Avid Facebook poster, still broadcasting on the BBC and with views as provocative as ever.  Not only is she the most amazing mum, she has spent her life supporting young people – as a teacher, journalist, volunteer sport coordinator and mentor.   I love her to bits.   And I don’t tell her this nearly enough.  (The same can also be said for the rest of my family: Joe, Trish, Jack and Roary…) 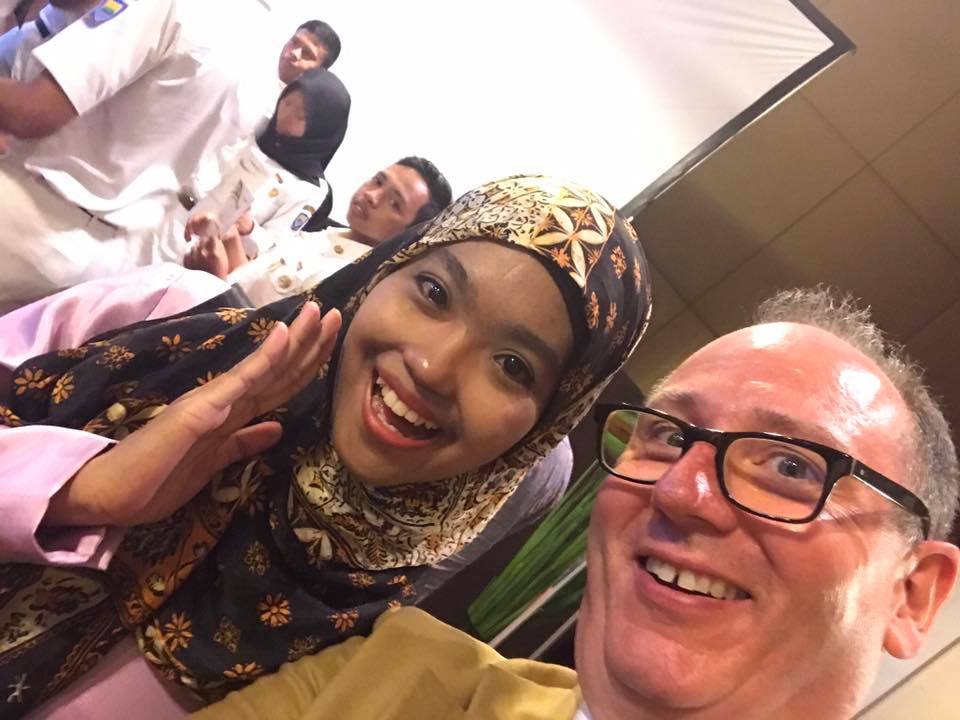 May:  I was privileged to present Duke of Edinburgh’s International Awards to young people in a number of countries this year, including the Netherlands and Indonesia in May.   I am always struck by just how much young people achieve, particularly in the Service section of the Award.   There are currently more than 1.3 million young people participating in the Award – each of them contributing their time regularly to serving their local communities.   Young people get a bad press in many countries; yet these young people are having such a positive impact on those with whom they come in contact.   Thanks to friends like Pascalle and Witta (and their other Award counterparts throughout the world), many more young people are being given the opportunity to achieve their goals and find their passion in life.

June:  I was asked to be guest speaker at Oxford Brookes University’s graduation ceremony for its education students – and was so pleased to see the enthusiasm and commitment shown by the young people I met, who will become the immediate next generation of our nation’s teachers.   I remain a teacher at heart and am in awe of those of my friends who work in schools and colleges.   This year, I’ve been so pleased to catch up with former colleagues – particularly Nick, Alison and Liz.

July:   (And August.  And September.)    l was able to join my Award regional director colleagues from around the world at their various regional conferences.   I’m blessed to work with an amazing group of colleagues, based in our regional offices and at Award House in London.  Here’s the annual photo of the Award Regional Directors with the person who causes them the most grief… — with David Clarke, Melissa Stoakes, Sue Walker and Edwin Kimani at The Duke of Edinburgh’s International Award.

August:   Whilst visiting Uganda, to speak at the Commonwealth Youth Ministers’ Conference, I was chuffed to bits to meet up with West Sussex’s Explorer Scouts, as they set off from Kampala for Jinja. I haven’t seen Holly Watson since she was about six years old and one of my pupils at Scaynes Hill’s primary school, so it was wonderful to see her leading the group. These young people were proving themselves to be brilliant ambassadors for the County and for British Scouting. (And for the Award too, as so many of them are participants). It was a privilege to greet them (and buy them all a soda!) – and to be presented with a Mid Sussex District scarf.

September:   I took the opportunity, whilst in Johannesburg, to catch up with Sherley Southworth and her Scout Group.  Sherley represents the very best in voluntary youth work.   She has been working with her Scout Group in Randburg for more years than she cares to remember or admit, helping generations of young people find their way in life.  And, as she would be the first to point out, there are hundreds of thousands of people like her in every single country of the world.   Which is why, of course, she is (and they are) so special.

October:   The Sea Cadets’ Trafalgar Day Parade. Great young people, brilliant displays, pride abounding. So pleased to be a trustee of this wonderful charity.  It’s lucky to have people like DO Western working as volunteer leaders.

November:  A humbling experience, meeting young people at Wiltja Anangu Secondary College, Adelaide, Australia, many of whom are Award participants.  The Wiltja Secondary College is an initiative of the Anangu (Pitkantjatjara word for “people”) whose country is the Anangu Pitjantjatjara Lands in the far north-west of South Australia.  In the 1970s, a group of Ernabella women attended an Indigenous Peoples’ Conference in Adelaide, and foresaw the advantages of offering mainstream secondary schooling to Lands’ students.  The Wiltja Secondary College offers secondary education from years eight to twelve, to students normally attending remote community schools in the Aboriginal Lands’ District (ALD), and also Yalata and Oak Valley. Wiltja students are enrolled at the local high school, wear the uniform and attend both mainstream and Wiltja classes. Students board at the Wiltja Residence.  Tonight was the end-of-year graduation celebration, which included recognition of Award participants, testimonies from graduating Year twelve students, dance, music and an awful lot of very good food!  — with Peter Kaye (Australia’s National Director for the Award and tireless volunteer for the SES in his own community.)

December:  I completed my travels for the year by visiting India.  So delighted to be the guest of Kapil Bala and his team – and to be able to hand out Awards in Kalkuta, including a number to young men attending a school for blind boys.   Chatting with Arjun, sixteen years old, after the ceremony, reminded me of the importance of bringing the Award to as many young people as possible.  “You see, sir,” he said, ” ever since I was a small boy, people have done things for me.  Because I am blind, I am the person people have felt they should be helping.   But through the Award, I have learned to give service to others….”

There have been so many more instances of hope throughout the year that I haven’t had the room to show here – and there are so many more Facebook friends doing amazing things.   2017 has been a good year.  I hope, trust and expect 2018 to be a good year too.