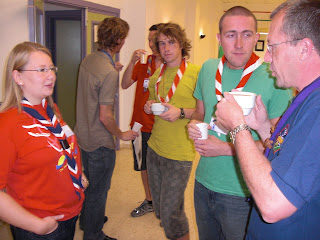 I have just returned from the European Scout Region’s first Scout Academy, an event held for leaders from all over Europe in Mollina, near Malaga in Spain. It was a resounding success and I was delighted to be able to attend. Sessions were held throughout the week on a whole range of different topics; for instance, I attended ones on Spiritual Development, Self-recognition, E-learning and developing an advocacy strategy for one’s National Scout Organisation.

The venue was a terrific youth exhange centre in the hills between Malaga and Seville. The company was terrific and the food superb. I look forward to the next one.