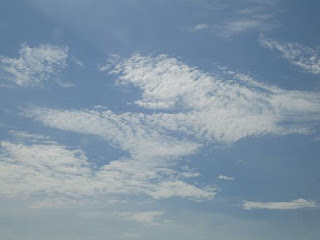 What a terrific course! It was described as ‘gently undulating’ and I suppose it was. There were no really difficult hills and most of the trail went along traffic free country lanes. The start was a bit narrow, being a pavement by a relatively major road, but otherwise it was a very jolly run, well stewarded and with enough changes in scenery to make it interesting.

But boy was it hot! I reckon it was about 27 degrees and I could have done with rather more water than just the cup we were given at 5k. People were struggling and I was glad that I’d tanked up fairly carefully before the start. There were several cases of heat exhaustion that I passed in the latter stages of the race, with the guys from St John’s Ambulance doing sterling work.
Nice medal at the end. And a good time, considering the heat: 57 minutes.