Arriving in Katmandhu yesterday was as painless as it could possibly be.   I was met by John Gully in the immigration hall, handed my passport over to his local agent – and my visa was organised before I could scarcely draw breath.   My luggage, which I was rather worried might not have made the connection in Delhi between BA and JetAir, appeared on the baggage carousel and we there then out of the airport and into a minibus before heading to the hotel.

Katmandhu is mad and wonderful.   I remember it being so when I visited a few years ago with World Scouting, but I’d forgotten the electric wires festooned across the streets, the continual honk honking of the traffic, the chickens in doorways and the occasional parked cow in the middle of the road – not something you see in most capital cities.

Dinner with John last night was great.  We headed into town to the Third Eye Indian Restaurant.  This must surely be the only Indian restaurant on the subcontinent that actually serves Chicken tikka masala.   I thought you could only get this in Britain!    I learned a great deal about John’s background in leading expeditions and something of his immense love and respect for Nepal and the Sherpa people. 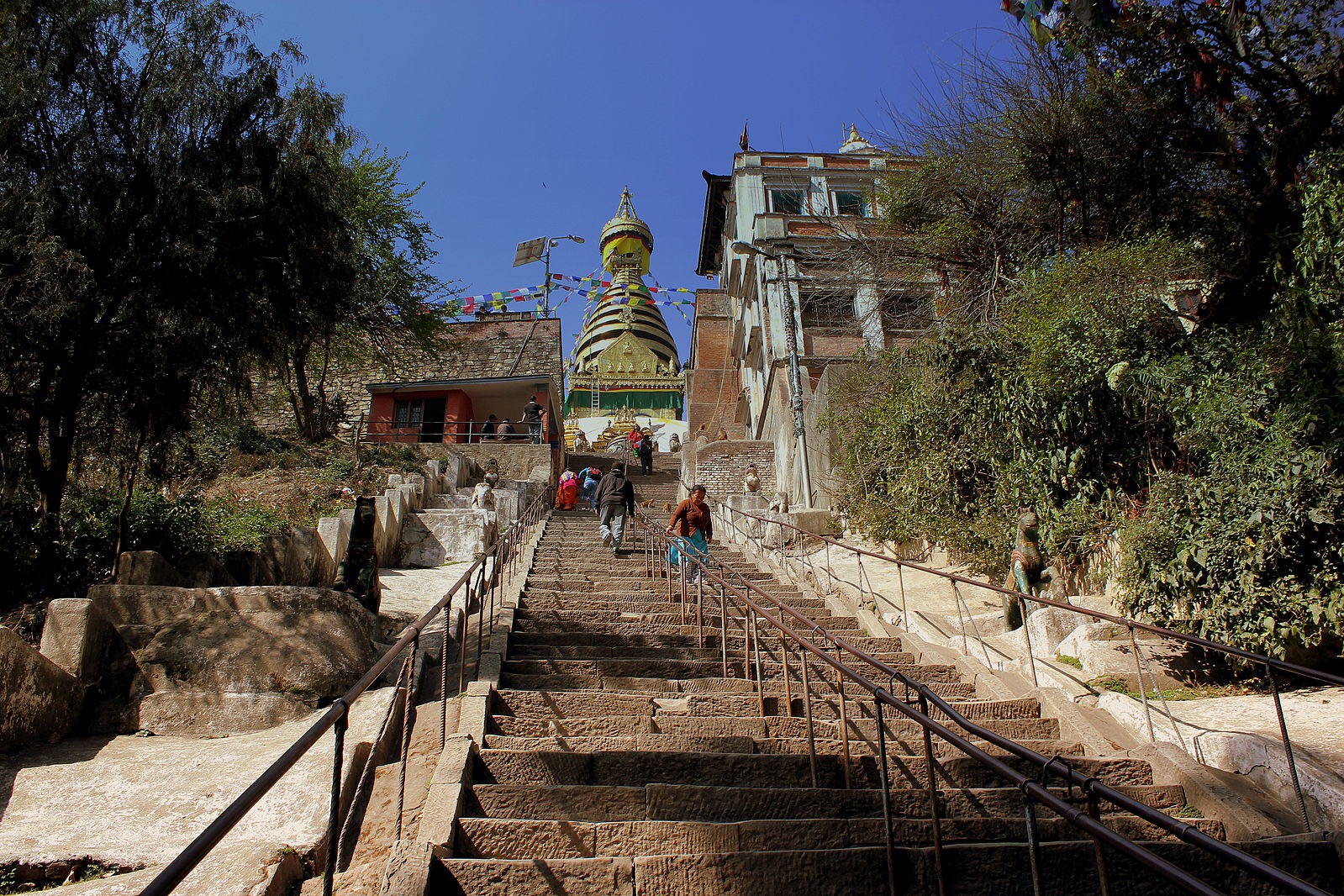 Today, I spent the morning with Chhepal Sherpa, the organisation’s Head Sirdar.   We visited three temples, two of which I hadn’t seen before.  Boudhanath Stupa (a world heritage site), the Pashupatinath Temple (the country’s most important Hindu temple, on the banks of the Bagmati river) and Swayambhunath… The steps up to the stupa at Swayambhunath provided good practice, Chherpal assured me, for the rigours of the days to come. 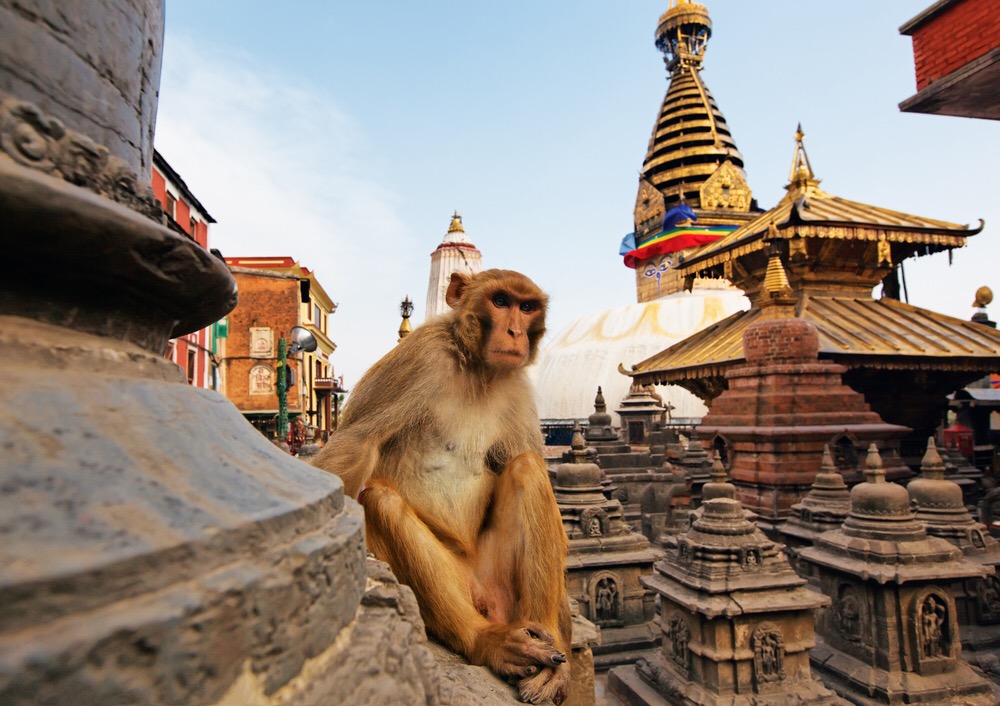 We lunched at the same restaurant we used last night and then returned to the hotel, where we were joined, 90 minutes later, by the group of Kiwi young people with whom I will be spending the next fortnight.   About half are doing their DofE and using the trip as their Gold Adventurous Journey and residential.  (They will be trecking away from our supervision for several days of the trip.).  They were all looking fairly shattered by their long trip so we’ve turned in early.  Tomorrow we have a 4:30am start, which begins with the infamous hair-raising flight to Lukla…