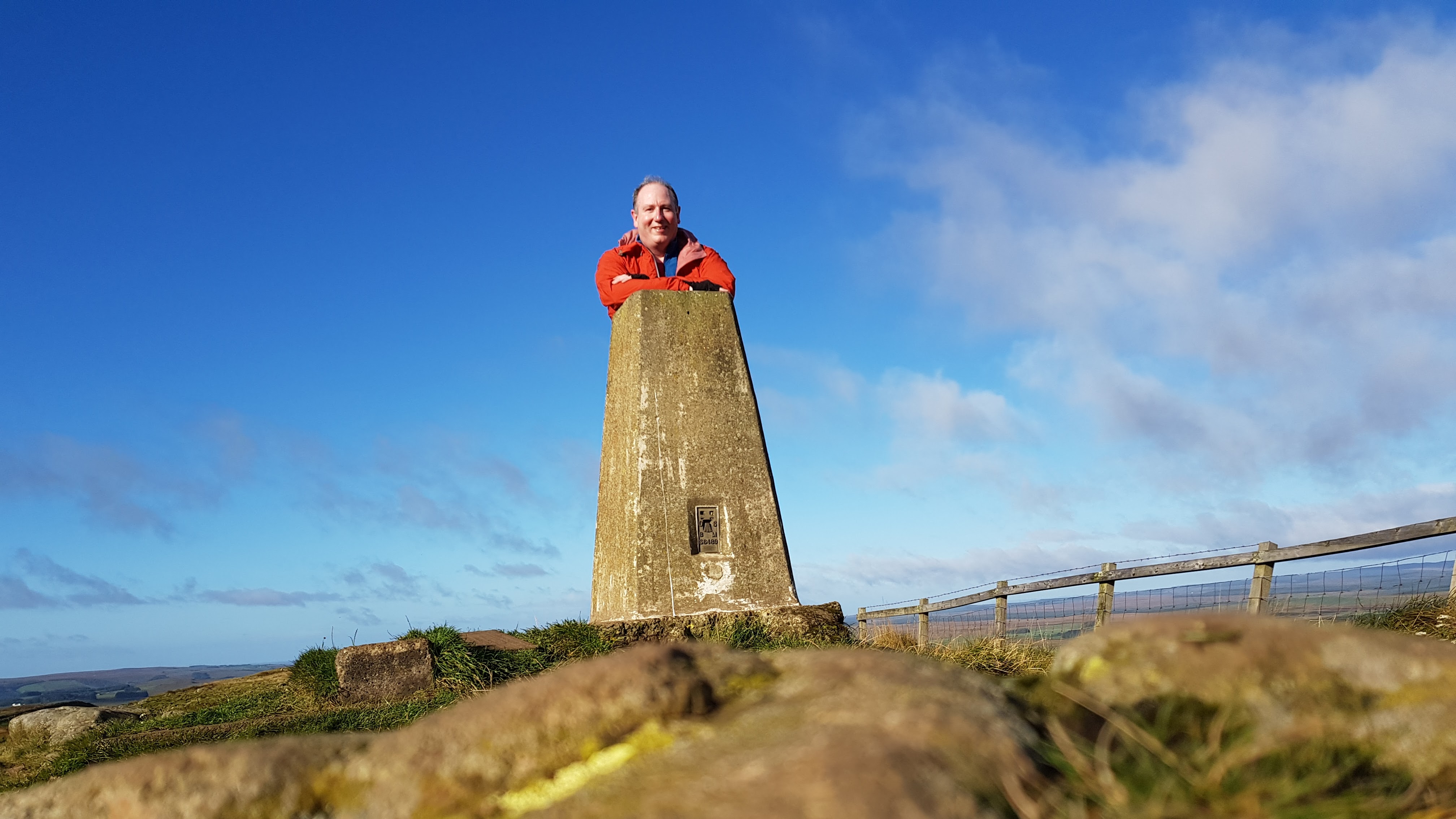 Today was the day when, 33 years ago, one of the wheels fell off the cart. One of the team, Shep, had to drop out because he was “wimping about looking unfit”. (I clearly wasn’t quite as caring as I should have been.) I continued in my log at the time, “After such a good day yesterday, including a very late night discussing each other’s problems and worries, particularly my own about myself, Shep’s withdrawl caused us all to feel pretty bad. Bad too because we hadn’t really noticed how low he had been feeling during yesterday’s walk. So we struck out up to Steel Rig feeling fairly low, but gradually we began to buck up, particularly when we reached the highest point of the Wall. It all sounds rather melodramatic, but that’s what happened.”

I followed the same route as we had before, though, as the sun was shining today – and I had no-one else to worry about – I was in a considerably better mood than my teenage self. I even managed to take a photo of myself at the highest point of the Wall, leaning nonchalantly on a trig point. The pathway was less extreme than yesterday, but there were still some exciting peaks and troughs to navigate. I note that 33 years ago, “Mike succeeded in falling in a bog right up to his groin.” Today the path is better signposted and there are paving slabs to help you across the really boggy bits.

I stopped for lunch at the Roman Army Museum. This is definitely worth a visit, not least because it has a great aerial film of the stretch of wall that I had just walked.

At Greenhead, I took a different route to my teenage self. When we were doing our DofE expedition, we struck north at this point and headed towards the Kielder Forest. “We followed a path across a common; the countryside was completely lacking any sign of civilisation. It was wonderful. Curly and I discussed nothing in particular – except The Queen’s Scout Award and the DofE Gold = and how important they are for us to achieve personally. The sun was really shining. Mike and Paul were a little way ahead and I could see them plodding on. It made a great picture – two hikers in the middle of nowhere.”

I continued on the path following the Wall and am spending the evening in Gilsland, just over the border into Cumbria – and England’s watershed. Up to now, all water has flowed into the North Sea. Now it heads for the Irish Sea.

I’m quite sorry to say goodbye to my teenage self, but am looking forward to my final day of walking tomorrow.

Categories:Family and personal The Duke of Edinburgh's International Award Travel