The Seven Dimensions of Culture 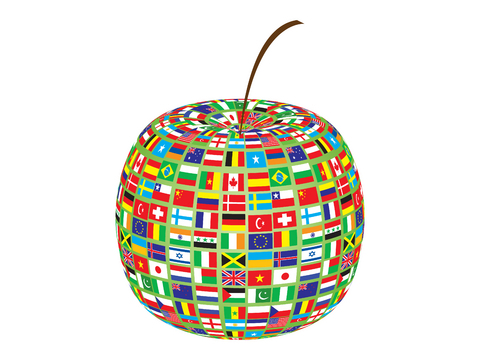 What distinguishes one culture from another?   For the last few years, I have worked routinely with people from other cultures and backgrounds.   Usually this has gone well, and the cultural differences my colleagues and I notice about ourselves are interesting and enriching. However, sometimes things have gone wrong; and it’s not always easy to work out quite why.   I have found it fascinating as I have begun to understand the differences between cultures.  Most of my growing understanding has come through reading the work of a couple of management consultants.    The Seven Dimensions of Culture were identified by Fons Trompenaars and Charles Hampden-Turner, and the model was published in their 1997 book, “Riding the Waves of Culture.”

Trompenaars and Hampden-Turner developed the model after spending 10 years researching the preferences and values of people in dozens of cultures around the world. As part of this, they sent questionnaires to more than 46,000 managers in 40 countries.

They found that people from different cultures aren’t just randomly different from one another; they differ in very specific, even predictable, ways. This is because each culture has its own way of thinking, its own values and beliefs, and different preferences placed on a variety of different factors.

Trompenaars and Hampden-Turner concluded that what distinguishes people from one culture compared with another is where these preferences fall in one of the following seven dimensions:

I’ve tried to summarise each dimension in this blog post…

The model highlights that one culture is not necessarily better or worse than another; people from different cultural backgrounds simply make different choices.

However, the model doesn’t tell you how to measure people’s preferences on each dimension. So, I tend to use it as a general guide when dealing with people from different cultures.

Note 1:
For each dimension, I’ve included some of the national cultures that Trompenaars and Hampden-Turner identified as having a preference at each extreme of that particular dimension. This can be used as a general guide, but it’s important to remember to treat people as individuals, and to avoid stereotyping.

Note 2:
This model doesn’t take into account people’s personal experiences or differences between sub-cultures within the country, so I try to bear this in mind when I’m applying the model. This is especially relevant in today’s global environment, where people can be influenced by many different cultures.

1. Universalism Versus Particularism
(Rules Versus Relationships)

2. Individualism Versus Communitarianism
(The Individual Versus The Group)

Typical communitarian cultures include countries in Latin-America, Africa, and Japan.

3. Specific Versus Diffuse
(How Far People Get Involved)

Typical specific cultures include the U.S., the U.K., Switzerland, Germany, Scandinavia, and the Netherlands.

Typical neutral cultures include the U.K., Sweden, the Netherlands, Finland, and Germany.

Typical achievement cultures include the U.S., Canada, Australia, and Scandinavia.

Typical sequential-time cultures include Germany, the U.K., and the U.S.

7. Internal Direction Versus Outer Direction
(How People Relate to Their Environment)

Typical internal-direction cultures include Israel, the U.S., Australia, New Zealand, and the U.K.