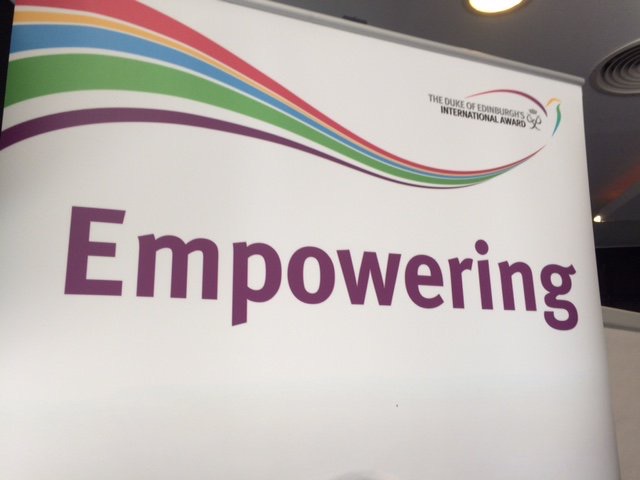 Speaking about Kurt Hahn and the Award in Portugal

Your Royal Highnesses, Your Excellencies, members of the regional government of Madeira, distinguished guests,

It is an absolute delight for us all to be here, representing the Award within Europe, the Mediterranean and Arab States. I think a number of us are already regretting that we will have to leave on Thursday, without having had the opportunity to see more of this beautiful island. Thank you, Luisa, as National Director, Miguel Horta e Costa, as Chairman of the Board – and the whole team of the Prémio Infante D’Henrique for making us all feel so welcome. And thank you, too, Your Royal Highness, The Duke of Bragança, for launching the Award here back in 1988 and for acting as its Patron ever since

Gathered here today are a group of people who are spearheading a global revolution in education – as, increasingly, Ministers of State, educators, business and community leaders are recognising the importance of non-formal education in giving young people the opportunity to develop the skills, behaviours and attitudes needed for successful adult life. The Award provides the perfect framework for non-formal education – and a brilliant way to celebrate young people’s achievements. Our discussions over the next few days will centre on how we can help as many young people as possible access the Award.

One of the founders of the Award, Kurt Hahn, who was Prince Philip’s headmaster at Salem in Germany and Gordonstoun in Scotland, recognised that it was the role of education to do much more than just ensure that children passed their exams. More than sixty years ago, he identified what he described then as six declines of modern youth:

The language may be a little different from what we might use today, but isn’t it astonishing to think just how similar those declines are to many of the issues young people are experiencing today?

1. Fitness Training (to compete with one’s self in physical fitness; in so doing, train the discipline and determination of the mind through the body);
2. Expeditions (via sea or land to engage in long, challenging endurance tasks);
3. Projects (involving crafts and manual skills); and
4. Rescue Service (e.g., surf lifesaving, fire fighting, first aid)

I believe that bringing the Award to many more young people, whatever their backgrounds, is arguably now more important than ever. Academic qualifications are important, but what goes on in the classroom should only form half the story for a young person. To be equipped properly for life, young people need to develop the qualities of perseverance, grit, curiosity, optimism and self-control. Economists might describe these qualities as non-cognitive. Psychologists might call them ‘personality traits’. To the rest of us, they’re just known as ‘character’ and the development of character is the business of The Duke of Edinburgh’s International Award.

We have a busy and exciting few days of discussion ahead of us. Thank you again for your kind welcome. It’s now time to get to work.