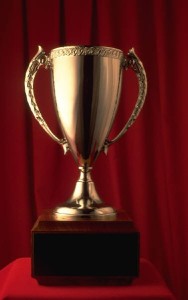 It is the season of speech days and prize-givings in schools in England.   Summer afternoons are punctuated by the sounds of parents’ applause as young people are called to the stage in their school’s assembly hall, shake hands with a guest speaker, receive a certificate, book or trophy and return, embarrassed but rather proud, to their seats amongst their peers.   These days mark milestones in the school year and in the lives of children and their parents.

Last week, I was lucky enough to be invited to be the guest speaker at just such a day at a school in Buckinghamshire.   It was one of the hottest days of the year; the assembly hall was small and packed with pupils and parents.   I made a short speech and then shook hands with about 150 young people.    Some looked me in the eye, smiled and engaged in conversation.  Others looked at the floor and made an adolescent grunting noise of embarrassment.   But it was clear that all these young people were pleased to be recognised for what they had achieved – whether it was the Drama prize for their year-group, an academic award or a certificate for 100% attendance.

Awards are important.   Whether they come in the form of a certificate, a trophy, a Scout badge or a Duke of Edinburgh’s International Award pin, they show that effort has been recognised and rewarded by people other than yourself.   Some people will win many awards.  Others will gain few.   I am not a supporter of the idea that ‘everyone should win prizes’.  To my mind such an approach cheapens the recognition.    But I am keen that schools and youth organisations should “search for the hero” inside every child.    They should identify some area of experience in which each child could get the opportunity to excel.    For me, at school, it was drama, debating, poetry declamation and being able to swim a very, very long way.   For others it might be success on the sports field, in the music room or in the science laboratory.   Some young people are natural leaders; others show great compassion towards their peers.  Everybody has a talent.   The best schools and youth groups recognise this and work hard to develop those individual talents in the young people for whom they care.

Buckinghamshire is a county that operates selection at the end of primary school.    There is an examination system, the 11+, that determines whether you get to go to grammar school or to a non-selective secondary school.   I have no desire to attack that system, but separating children at the age of 11 can lead to the ones who end up at the non-selective school, like the one I visited last week, feeling as though they have failed in life at a very young age.     They may be terrific at sports, be very able musicians, actors, writers, engineers, craftspeople or budding mathematicians; but they have failed the 11+, a test in verbal reasoning.    So it is all the more important that their new school recognises their individual talents and rebuilds their confidence so that they can excel.

Luckily, Princes Risborough School does recognise how important it is to help children discover their talents and how essential it is too to recognise their achievements.    150 sweaty and rather clammy adolescent handshakes proved the importance of this to me once again.