Learning from other people’s success 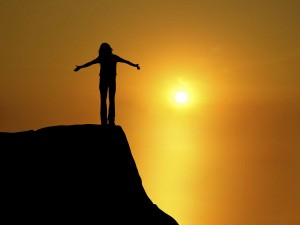 I’ve been lucky enough to meet some very, very successful people over the last few years; not just business people, but adventurers, philanthropists and sporting heroes as well.   I’ve always thought it was ridiculous to suggest that they all have the same traits in common and that success can somehow be distilled into an amalgamation of those traits.   Many of the most successful business people would put their success down to being in the right place at the right time.  Some adventurers talk about single-minded commitment to a goal, whilst others delve deep into their psyche and suggest that they have always been running away from something.  The philanthropists shrug their shoulders in an embarrassed show of genuine modesty.  And the sportspeople, more often than not, remind me that they’re built differently from me and that they just realised that they had something special that deserved being used properly.

But, yesterday I read a blog article by Jeff Haden that suggested otherwise.   The original is here, but here are the eight traits Jeff thinks really successful people do have in common.   I think he may be on to something.   What do you think?   And are there any other traits you’d add?

You’ll work a lot harder and a lot longer if your primary plan simply has to work because there is no other option. Total commitment–without a safety net–will spur you to work harder than you ever imagined possible.

If somehow the worst does happen (and the “worst” is never as bad as you think) trust that you will find a way to rebound. As long as you keep working hard and keep learning from your mistakes, you always will.

But you can’t be great–at anything–unless you put in an incredible amount of focused effort.

Scratch the surface of any person with rare skills and you’ll find a person who has put thousands of hours of effort into developing those skills.

There are no shortcuts. There are no overnight successes. Everyone has heard about the 10,000 hours principle but no one follows it… except remarkably successful people.

So start doing the work now. Time is wasting.

Forget the Sheryl Sandberg “I leave every day at 5:30” stories. I’m sure she does. But she’s not you.

Every extremely successful entrepreneur I know (personally) works more hours than the average person–a lot more. They have long lists of things they want to get done. So they have to put in lots of time.

Better yet, they want to put in lots of time.

If you don’t embrace a workload others would consider crazy then your goal doesn’t mean that much to you–or it’s not particularly difficult to achieve. Either way you won’t be remarkably successful.

4. They avoid the crowds.

Conventional wisdom yields conventional results. Joining the crowd–no matter how trendy the crowd or “hot” the opportunity–is a recipe for mediocrity.

Remarkably successful people habitually do what other people won’t do. They go where others won’t go because there’s a lot less competition and a much greater chance for success.

Average success is often based on setting average goals.

Decide what you really want: to be the best, the fastest, the cheapest, the biggest, whatever. Aim for the ultimate. Decide where you want to end up. That is your goal.

Then you can work backwards and lay out every step along the way.

Never start small where goals are concerned. You’ll make better decisions–and find it much easier to work a lot harder–when your ultimate goal is ultimate success.

Maybe you want to create a $100 million business; once you do you can leverage your contacts and influence to create a charitable foundation for a cause you believe in. Then your business and humanitarian success can create a platform for speaking, writing, and thought leadership. Then…

Remarkably successful people don’t try to win just one race. They expect and plan to win a number of subsequent races.

I once asked a number of business owners and CEOs to name the one skill they felt contributed the most to their success. Each said the ability to sell.

Keep in mind selling isn’t manipulating, pressuring, or cajoling. Selling is explaining the logic and benefits of a decision or position. Selling is convincing other people to work with you. Selling is overcoming objections and roadblocks.

Selling is the foundation of business and personal success: knowing how to negotiate, to deal with “no,” to maintain confidence and self-esteem in the face of rejection, to communicate effectively with a wide range of people, to build long-term relationships…

You just need to communicate.

8. They are never too proud.

To admit they made a mistake. To say they are sorry. To have big dreams. To admit they owe their success to others. To poke fun at themselves. To ask for help.

And to try again.