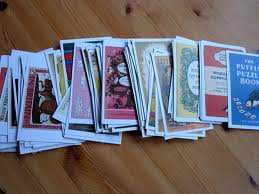 I was listening to the always wonderful Simon Mayo’s BBC Radio 2 podcast this morning on my way to work. He was talking to the poet Roger McGough. Roger was bemoaning the closure of libraries around the country, particularly those in schools. Computers may give children instant access to information, he argued, but they don’t provide automatic access to imagination. We need to give children opportunities to grow their imaginations rather than just amass knowledge.

I’m not sure the argument was entirely fair. It’s surely possible to fuel the imagination through e-books, podcasts and computer screens, just as it is through real books and hearing stories told live. But I got the point.

Introducing children to literature is just as important as introducing them to knowledge. I loved Paddington Bear – particularly because he was friendly with an antique dealer (my dad’s job). I devoured Jennings, the Secret Seven and the Famous Five. I remember vividly my ten-year old anguish when I reached the point in Watership Down when Hazel got run over and was nearly killed. I can quote Edward Thomas’s wonderful poem, Adlestrop, because I had to learn it off by heart when I was twelve for a declamation competition. I can still picture the train drawing up unwontedly.

Each of these pieces of literature stretched my imagination in different ways. They took me to worlds I hadn’t yet visited. Tackle issues i didn’t even know existed. Even Enid Blyton’s stories made me think. And, of course, the pictures really were so much better than the telly.

Having heard me drone on about this earlier, a friend has just given me a box of 100 postcards, each bearing a different reproduction of a Puffin book cover. Stig of the dump. A child’s garden of verses. The phantom tollbooth. Tom’s midnight garden. Each card has awakened a different memory of childhood: where I first read the book; how the book’s story or idea affected me; what each sparked in my own imagination. I don’t think, no matter how much of a digital convert I’ve become, I’ll ever get quite the same feeling from looking at my Kindle.

So, here’s a question. What were your favourite books when you were a child? How did they affect you and fuel your imagination? I’d love to know. Why not leave a comment on my website?

(Now there’s the one advantage of the digital age. It’s definitely not a good idea to scrawl comments on a real book…)