Back to the future… 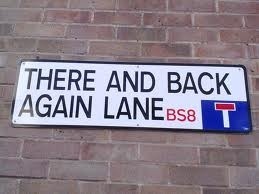 The last time I sat in the Great Hall at Bristol University’s Wills Building, I was sitting my Finals exams for my degree. Last night, I stood where the invigilator had stood – and spoke to a room full of Scout Leaders about the impact of Scouting, the Duke of Edinburgh’s Award and youth work generally on young people in the UK and around the world.

In the audience were a number of people who have had an impact on my life. Roy, the former headmaster who acted as musical director for the Avon Gang Show, which provided me with a set of local friends (rather than just student ones) whilst I was at university. Paul, who was one of those friends – and whom I haven’t seen for over a quarter of a century. (His little brother, Mike, and I did our Gold DofE expedition together.) Roger, who directed the training course for new Scout leaders that set me off on my career as a teacher. Mike, whose infectious enthusiasm for working with young people in Uganda, inspired me to continue my own volunteering on an international platform. Sue, who selflessly collected Cub uniforms for the boys I worked with in inner city Bristol, knowing that their families couldn’t afford to buy them. And Dan, the relatively new County Commissioner for Avon, leading growth in a County where a resurgence in interest in the adventure that Scouting and the DofE Award can provide for young people is really very exciting. (Dan and I first met when he was 14 years old and on his way to the World Scout Jamboree in Holland.)

What is it that has kept all these people so engaged and committed to volunteering over so many years? If I were to hazard a guess, it would be that they know and understand the impact that good youth work has on young people; that they want to see more and more youngsters benefit; and that they themselves enjoy the experience of volunteering and the benefits it brings.

Last night, I was able to thank a few of the people whose activity many years ago helped me to develop my own set of values, behaviours and aspirations. How lucky I was to have the opportunity to do so.