A million secret savers of the British economy

This blog was written for the Ambition AXA Awards.

As the Ambition AXA Awards work on unearthing some talented treasures among our young population, it seems like a good opportunity to shine a spotlight on a hidden force at work in the British economy.

A million budding business people have passed through Young Enterprise’s Company Programme and they are out there turning the wheels of national prosperity.
Their existence is sometimes ruefully referred to as the ‘best kept secret of the UK education system’ and so I propose to use this blog to highlight these extraordinary young people and let you hear some of their voices. I confess I have an ulterior motive. I want to see enterprise education being expanded in classrooms.
Inspiration
This subject has come to mind because I know that young people across the country are currently rushing to submit their entries before the October 14 deadline for the Ambition AXA Awards. I hope the stories of the young people I am about to relate will serve as an inspiration to potential entrants to the competition as they hasten to fill out their forms.
Every year, under the Young Enterprise Company Programme and the associated Start-Up Programme in universities, more than 30,000 15 to 25-year-olds get the chance to run their own real firms for 12 months with the guidance of volunteers from 3,500 companies. Many alumni go on to outstanding entrepreneurial success and, as I hope to prove to you in this piece, they are making a striking contribution to reviving the UK’s fortunes.
Examples speak for themselves.

Take Newcastle University student Adam Soliman. Realising the downturn would bar him from a career in high finance, he got help from Young Enterprise in 2009 to turn his hobby of tea drinking into a business. Frustrated with the ‘bland and bitter’ range of leaves on offer, he launched his own importer and blender under the brand name Charbrew, based in Thornton-Cleveleys, Lancashire.

Today his firm supplies 400 Sainsbury’s stores with varieties such as Strawberry Cream and Tropical Rooibos, a blend of South African Redbush tea mixed with cardamom, coconut, orange peel and lemongrass. Last year he won contracts to supply Lakeland and Booths stores and he has just started selling overseas such as to US chain TJ Maxx and French grocer Casino. With turnover heading towards £500,000 this year he said: “This is a seven day a week job for me now. I am constantly on the go. It’s growing market and lots more people are interested in different types of tea these days.”

Nick Troen and Frank Yeung, who went through the Company Programme in 2002, are now heading for a turnover of £2 million after spotting the popularity of Mexican fast food while on a trip to California. They set up their first ‘Poncho 8’ outlet in the City of London in 2009 and have since added two more London restaurants in Soho and Spitalfields. Nick said: “Young Enterprise sparked off our interest in business. I’ll never forget the mad rush of the first day of trading and the thrill of selling out of stock.’’ 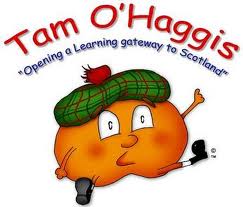 Ayrshire-based educational book publisher, Giglets (an old Scots name meaning laughing children), first emerged in 2007 as a Young Enterprise Scotland project created by a group of teenagers in a secondary school. Among them was Craig Johnstone, now managing director, whose dream it is to be the next Richard Branson,and Multimedia Director Tom Brodie-Browne. Their books are based around the adventures of lovable character Tam O’Haggis.

Justin Tuner, Managing Director of Carrot Media, a web design agency based in Newcastle Upon Tyne, said it was ‘fantastic’ to find that the business he started as part of a Young Enterprise Start Up programme became his full time job. “I took a huge amount out of the programme. You get real life experience of what is possible. Even if you are not thinking of starting your own business your employer will understand that you have skills that just aren’t coming out of the education system.’’

? Emma Pike, now Vice President of Industry Relations at Sony, said: “The most important skill that I learned was team work.’ James Evans, publisher and founder of Firstcar Magazine, said the main tip he picked up was the ability to ‘think outside the box.” Businesswoman and solo trans-Atlantic Rower Debra Searle MBE said: “I learned more about business through taking part in Young Enterprise than I did in two years of A-level economics. I set up two limited companies while in my 20s and was not at all nervous about doing so.”
The self-styled entrepreneur, writer, geek and foodie Steve Parks said: “Because of Young Enterprise I now run five different businesses.” Duncan Andrews, who founded Aylesford-based general bathroom distributor Qualitex Supplies in 1991 said: ‘The experience was extremely beneficial in developing my own personal confidence and business awareness.”
Truly enterprising

All the young people I mentioned above are truly enterprising. They have the potential to go to the very top. In their various ways, they demonstrate the ambition, leadership ability, capacity for innovation and the dedication to provide excellent customer service that has given their businesses outstanding potential for growth.

These are all qualities which will be necessary to win the enterprise category of the Ambition AXA Awards competition. Let battle commence!