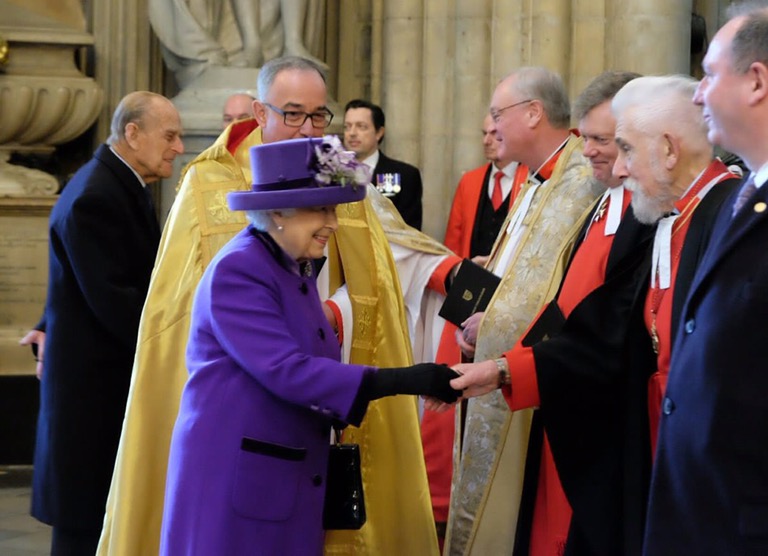 60 Years of The Award – A celebration at Westminster Abbey

This morning, I was privileged to join more than 2,000 people at an extraordinary service of thanksgiving, held at a Westminster Abbey, to celebrate 60 years of The Duke of Edinburgh’s International Award.    We were joined by HM The Queen, HRH The Duke of Edinburgh and TRH The Earl and Countess of Wessex.

In his landmark address, the first given by a member of the Royal Family in the Abbey within living memory, HRH The Earl of Wessex, who chairs The Duke of Edinburgh’s International Award Foundation, praised his father for his “concern for the welfare of young people and desire to encourage their development”.

Prince Philip, who launched the Award in 1956, inspired by his time at Gordonstoun school, appeared to laugh off the praise as Edward said his father was “probably the most self-effacing and modest person I know”.

Prince Edward said: “The few who are gathered here today in this magnificent Abbey represent the millions who want to say thank you; thank you for believing in us, encouraging us and giving us the chance to savour that sense of satisfaction through achievement.”

He added that he hoped the Duke felt an “immense sense of satisfaction in how the values instilled by your award are inspiring young people to step forward: prepared to serve, prepared to lead and prepared to make a difference in their communities”.