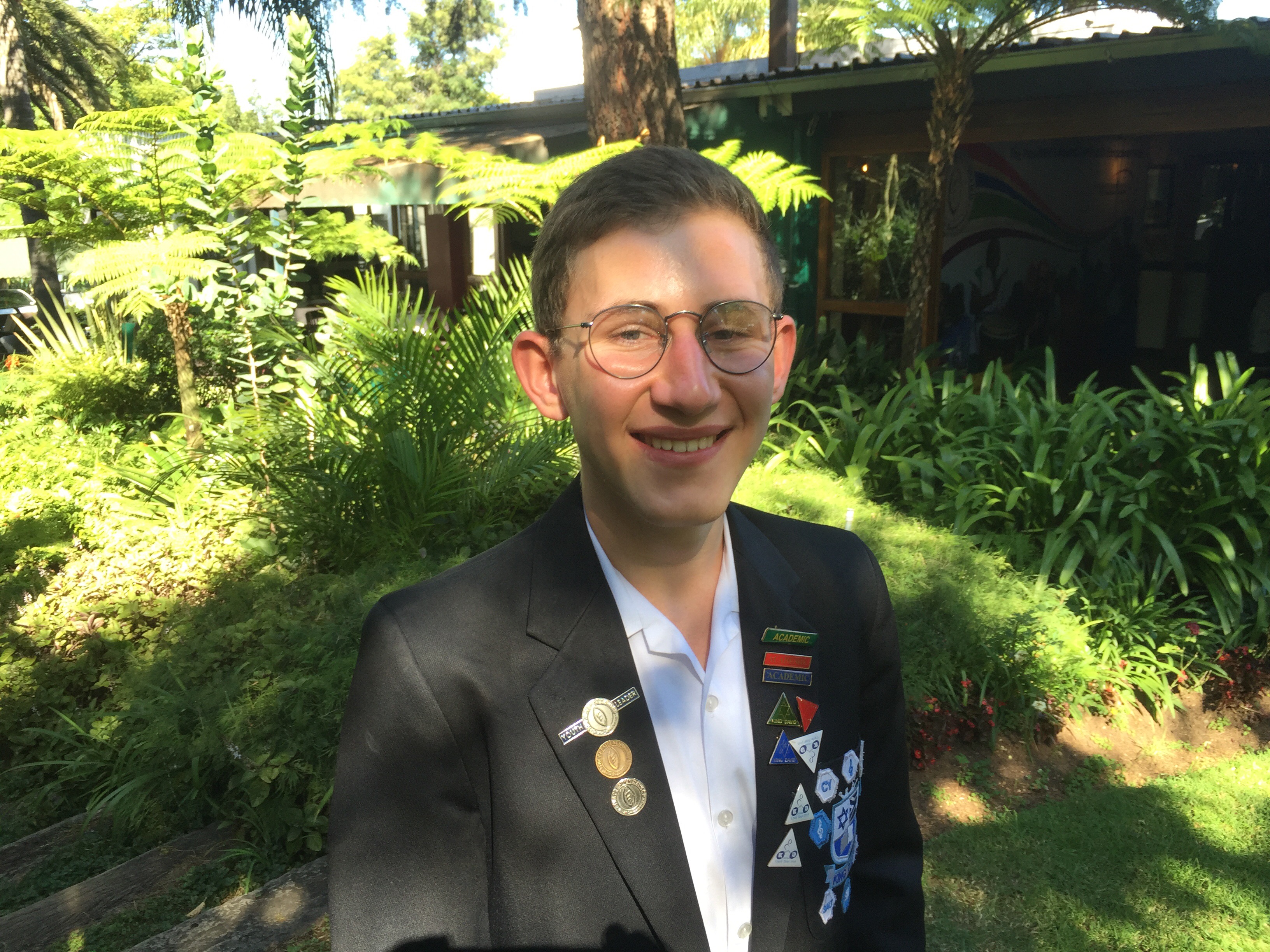 Last week, I listened to four young people tell their Award stories at a lunch held in Johannesberg, to celebrate 60 years of The Duke of Edinburgh’s International Award.   Over the coming days, with their permission, I will hand over my blog to each of them in turn.

Good afternoon, my name is Shane. I am currently in Grade 11 at King David Linksifled and I have received my Bronze and Silver award, and I am currently enrolled on Gold – I have actually done the requirements for Gold twice already but it’s too difficult for me to say goodbye to the Award.

My Award journey officially began three years ago when I was a little grade 8.  I’ve enjoyed years of community service working in the children’s wards at Baragwanath Hospital with older Award participants as part of an inter-faith group between Jewish and Muslim High School students. I have also assisted in the building of vegetable gardens in squatter areas of Soweto.

As a young kid, I had it all: the nice house, the best electronic gadget I wanted, the perfect family etc. However, on July 16 2013, at the age of 14, my life was changed when my father commited suicide in the room opposite mine. Doing CPR to your lifeless father is not an easy thing. But it’s what happens after that which is harder. It’s the choice: the choice to play the “victim” game and turn to drugs and alcohol as a solution to problems, or it is the other choice- the choice I chose to pursue- to rise above life’s difficulties- to soar.

Hearing everyone telling me “you will never be the same”, I was left to find who I was, and what exactly I wanted. Had it not been for this Award, and the continuous mentorship that I received from Nkagare, Palesa, Janine, Lara, Mona and the whole Award team, I would not be where I am today. I would not have made the choice I made.

I found my calling to stand up against injustice and intolerance; to become a human rights activist – which one day I hope to pursue professionally. I would not be so motivated to bring about change, and driven to defend human rights, had it not been for the flame which was ignited within me by this Award. Today, I have a voice; a voice to lead. And today I stand here, as the elected chairman of the Gauteng President’s Award Youth Committee.

I have also been involved with two week-long residential projects through the Award where I got the chance to meet international award participants. Together, we played with orphaned children, painted classrooms, and – the highlight of the trip – were taken to Barberton Maximum Security Prison. We met inmates who too were Award participants that had made the choice to do good, and transformed their lives.

They were changed. The Award had changed their life. They had chosen to rise above.