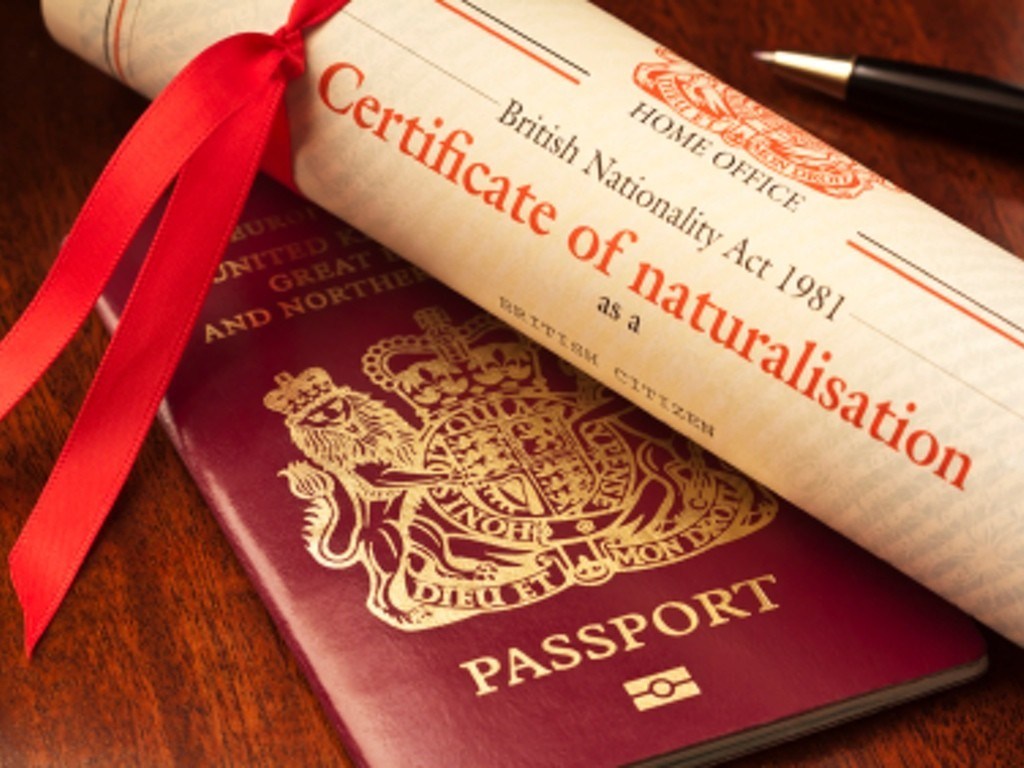 A welcome to new UK citizens

As a Deputy Lieutenant, I have the privilege of presenting citizenship certificates to new UK citizens. Here’s the text of the speech I made at this afternoon’s ceremony…

Good afternoon everybody and a very warm welcome to you – to this wonderful County of Oxfordshire. It’s one of England larger counties with an area of over 1,000 square miles but only has a population of about 700,000 people. Oxfordshire is a fine place to live and work.

So, congratulations to you, our new citizens on being granted British Nationality.

On behalf of the Lord Lieutenant, the Queen’s representative in Oxfordshire, I recognise the achievement and effort that has gone into arriving at the point of being granted citizenship. I welcome you into our community.
I imagine being a British Citizen will mean something a bit different to each one of you.

For some it will be mainly a practical step.

For others it will be the end of a hard journey

For others it will be a resolution of a traumatic time.

Whatever your particular circumstances, British citizenship provides these assurances which are priceless in a difficult and uncertain world:
• Free speech
• Respect for justice and the rule of law
• The aim to have fair opportunities for all
• Access to education and health services

In becoming a British Citizen you are also making a commitment to your local community, to Oxfordshire, as well as to the town or village in which you live and it is about your new County – about Oxfordshire – that I will say a few words this afternoon. I actually grew up in the next door county, Gloucestershire, but Oxford was always the city that my parents chose to take me to visit when I was a child. I went to university here to train as a teacher – and, although I’ve worked all over the country, and actually, all over the world, I moved back here more than ten years ago to settle.

Oxfordshire is a beautiful part of England with wide variety in its scenery. In the north are the Ironstone uplands around Banbury, where the honey and rust-coloured stone can be seen in many local buildings. In the South-East is the chalk-“cliff” of the Chiltern Hills. We have Cotswold limestone hills of the county’s North-West, the heights around Oxford, and the rich clay vales of the Oxford Vale and the Vale of White Horse. The great River Thames winds right through the county from the Gloucestershire border near Lechlade in the West to the Berkshire border at Henley in the South-East. This diverse county includes parts of three areas of England’s Areas of Outstanding Natural Beauty: in the North West – the Cotswolds, to the South are the open chalk hills of the North Wessex Downs and to the South East are the wooded hills of the Chilterns

Oxfordshire has existed for over a thousand years. For most of the time since the 11th century the county boundaries have remained unaltered with the only major change in 1974, when Oxfordshire took in the Vale of White Horse from neighbouring Berkshire as part of a more general re-organisation of English local government. The Northern boundary is ancient, and important watershed: to the North of Oxfordshire water flows into the Severn Trent river system, to the South water flows into the Thames.

Oxfordshire has been an agricultural county and is still a largely rural one – it looks very green from the air and from any hilltop where you can get a good view. But even in the 19th century the county had a national reputation for certain industries, such as printing (in Abingdon, Banbury and Oxford), blanket-weaving (at Witney), cloth making (in Banbury) and glove-making (at Woodstock) and brewing (in many towns). Some of these industries have disappeared but many others have taken their place.

In the 20th century, Oxford became an important centre of car-manufacture and still is, thanks to the successful reinvention of the Mini by BMW and the engineering of Formula One racing cars. Oxford is now the second largest centre of book publishing in the United Kingdom. To high quality engineering has recently been added a range of hi-tech enterprises, which have made Oxfordshire the county for advanced scientific research companies.

Oxford University is one of the greatest research universities in the world; has one of the top business schools in Europe and has the best technology transfer capabilities in the United Kingdom..

Oxford Brookes University at Headington and Wheatley and the Joint Services Staff College at Shrivenham, associated with Cranfield University, complete a trio of Academic excellence in the County.

People in Oxfordshire can be proud, both of its history and its present cultural life. One of England’s greatest monarchs, King Alfred, was born in Wantage. Sir Winston Churchill was born in Blenheim Palace. The University of Oxford, since it was founded in 1249, has brought countless famous men and women to our county: Erasmus, Haydn, Turgenev, Mother Teresa, Nelson Mandela.
Kings, Prime Ministers, American Presidents and 46 Nobel Prize Winners have been educated here.

Oxford has also inspired a wealth of scholarly and creative writing: think of the Oxford English Dictionary; think of the books for children of Lewis Carroll, J.R.R.Tolkien, C.S.Lewis and Philip Pullman.

And we have great houses you can visit such as Blenheim Palace at Woodstock, Broughton Castle near Banbury and Mapledurham House near Reading.

Aspirin was discovered in Chipping Norton, Penicillin was not only proved effective in Oxford but later had its chemical structure identified here – transforming disease control all over the world. For this work Oxford Scientist Dorothy Hodgkin won a Nobel Prize.

The Henley Royal Regatta is a famous international sporting event in Oxfordshire and we even have a unique county sport, Aunt Sally – an open air version of skittles which is great fun for people of all ages.

Oxfordshire has also pioneered great welfare ideas. The UK’s largest development agency, Oxfam, was founded and is still directed from here. The world’s first hospice for children, Helen House, is in Oxford.

So, congratulations to you all on attaining British Nationality. I hope you will continue to engage with your fellow citizens locally and to contribute to our wonderful community in our county.

I could say so much more about Oxfordshire past and present. Instead I’ll let you find out more for yourselves …. and as for the future … well that’s now in your hands —- the new citizens of Oxfordshire.

Thank you for sharing your culture with us. I hope you will continue to do this and to contribute to the good of the whole community of Britain’s people, from whatever background.

I wish you all well for the future, on whatever paths life takes you: as individuals, families and members of the British community.