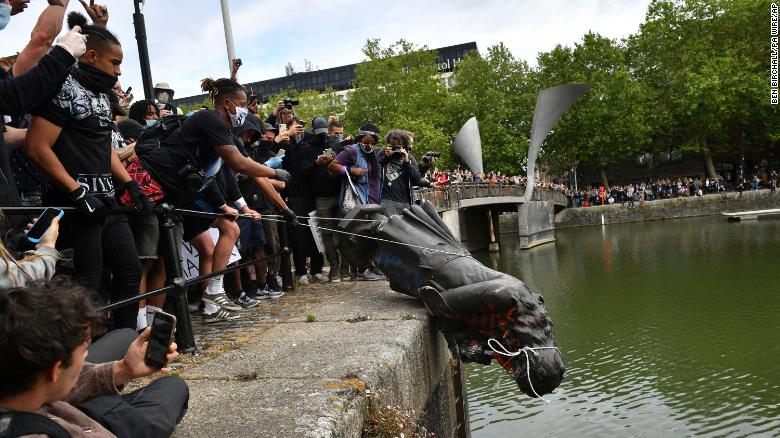 The death of George Floyd at the hands of white police officers has stunned and outraged the world.  On Sunday afternoon, I watched footage of the statue of 17th century slave trader, Edward Colston, being pulled down and rolled into the harbour of the city closest to where I grew up, during a demonstration that was just one of so very many over the last few days.

As a white man, I have shared the shock and fury that has been vented on social media over the last few days.  As The Duke of Edinburgh’s International Award’s Secretary General, I think we were right to tweet and post our message of solidarity and anti-racism, along with other organisations.  But outraged white people like me taking to Twitter can provide a false sense of security that obscures the real issues.  I can, by definition, never truly know what it is like to live your life as black.   Indeed, as many BAME friends have told me, it’s offensive and problematic for me to do so.

We all know Martin Luther King’s famous quotation, “For evil to succeed, all it needs is for good men to do nothing.”   So, here’s my personal commitment.   I will listen – I have colleagues who truly understand and can talk more authentically about these issues than I will ever be able to do so.    I will educate myself – I will acknowledge my white privilege.   I will act – in a more credible and informed way I will use my privilege to influence for change.

I am driven by that personal commitment to consider what actions I should take as Secretary General of the Award and CEO of its Foundation.   Prejudice, bias, and discrimination are a reality, no matter how much we would like them not to be.  We all have much to do – and I recognise my own failings and responsibilities.  We must all work consciously to avoid our workplaces, schools, sports grounds and youth spaces, wherever they may be, feeling uncomfortable, unsafe, and toxic.

Many CEOs, the world over, will be asking themselves, as I am, what they should do next.     I am spurred on by Bishop Tutu’s words, “If you are neutral in situations of injustice, you have chosen the side of the oppressor.”     I will not be neutral, but I will not grandstand, either.   I will listen to those that know better than I what needs to happen and ask them to advise me on what action I should take.   I will educate myself.  And I will then act, both personally and as a leader within the Association, to influence, to change and to improve.