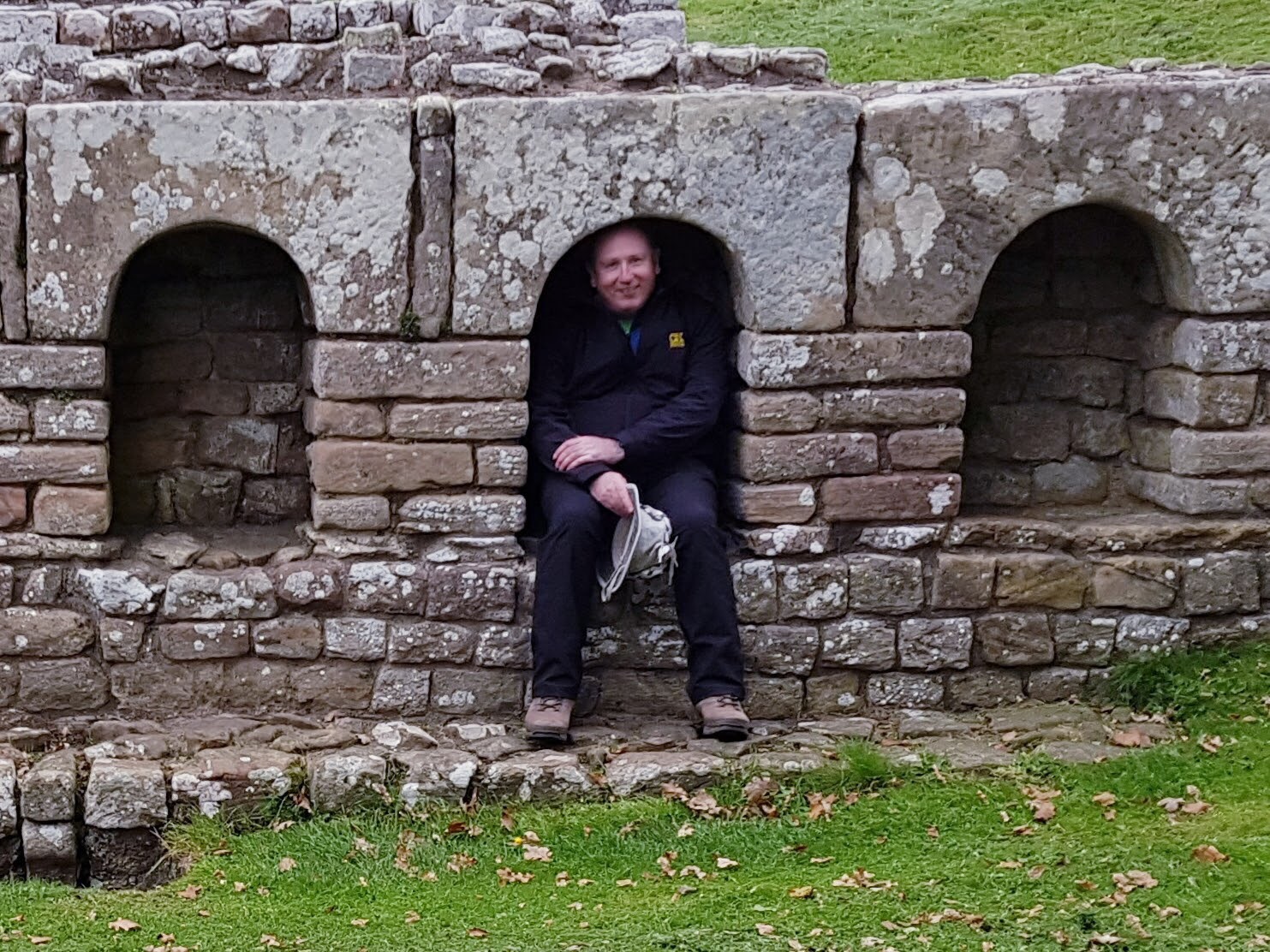 Day 2. A gentle amble from Corbridge to Humshaugh with a visit to Chesters camp.

The road out of Corbridge up to Port Gate follows the old Roman road that led to Scotland – it is straight, but undulating as it works its way up the hill, providing false brows and the opportunity to be run down by oncoming traffic.

Once on the trail of the Wall itself, the walk was much more enjoyable. I met several walkers coming in the opposite direction who were doing the full path rather than just the middle section as I am. Stanley Plantation provided a bit of woodland shade, though much of it has been chopped down since I last walked the path more than thirty years ago.

At Planetrees I saw the only extant part of the wall that I’d encounter during the morning. I note from my DofE log of 1984 that we took loads of pictures of each other here. Selfies are clearly not a new phenomenon.

Then, down the hill to Chollerford where I spent most of the afternoon. Chesters Fort is amazing. I could imagine the garrison that made it their home; the soldiers sleeping in the same building as their precious horses (a horse was worth four months’ pay); the grand villa that was occupied by the officer in charge; the public bath house with its various rooms and hygienic latrines; the heavy wooden gate that would have allowed people through the wall into the wild country to the north. Magical.

No rain, other than a short shower whilst I was drinking tea in English Heritage’s very small, but adequate, tearoom.

And I’m now writing this in a truly beautiful room in a farmhouse B&B just up the hill from the fort. Double aspect room; giant bathroom; large TV for later.

I note that 33 years ago, we continued walking all the way to Twice Brewed. I’m leaving that until tomorrow. My pace is about the same as it was when I had to carry an enormous rucksack (3 miles an hour plus 10 minutes is what we did apparently all those years ago.) But I’m enjoying stopping, taking in the scenery and drinking copious mugs of tea whenever the chance presents itself.

Categories:Family and personal The Duke of Edinburgh's International Award Travel