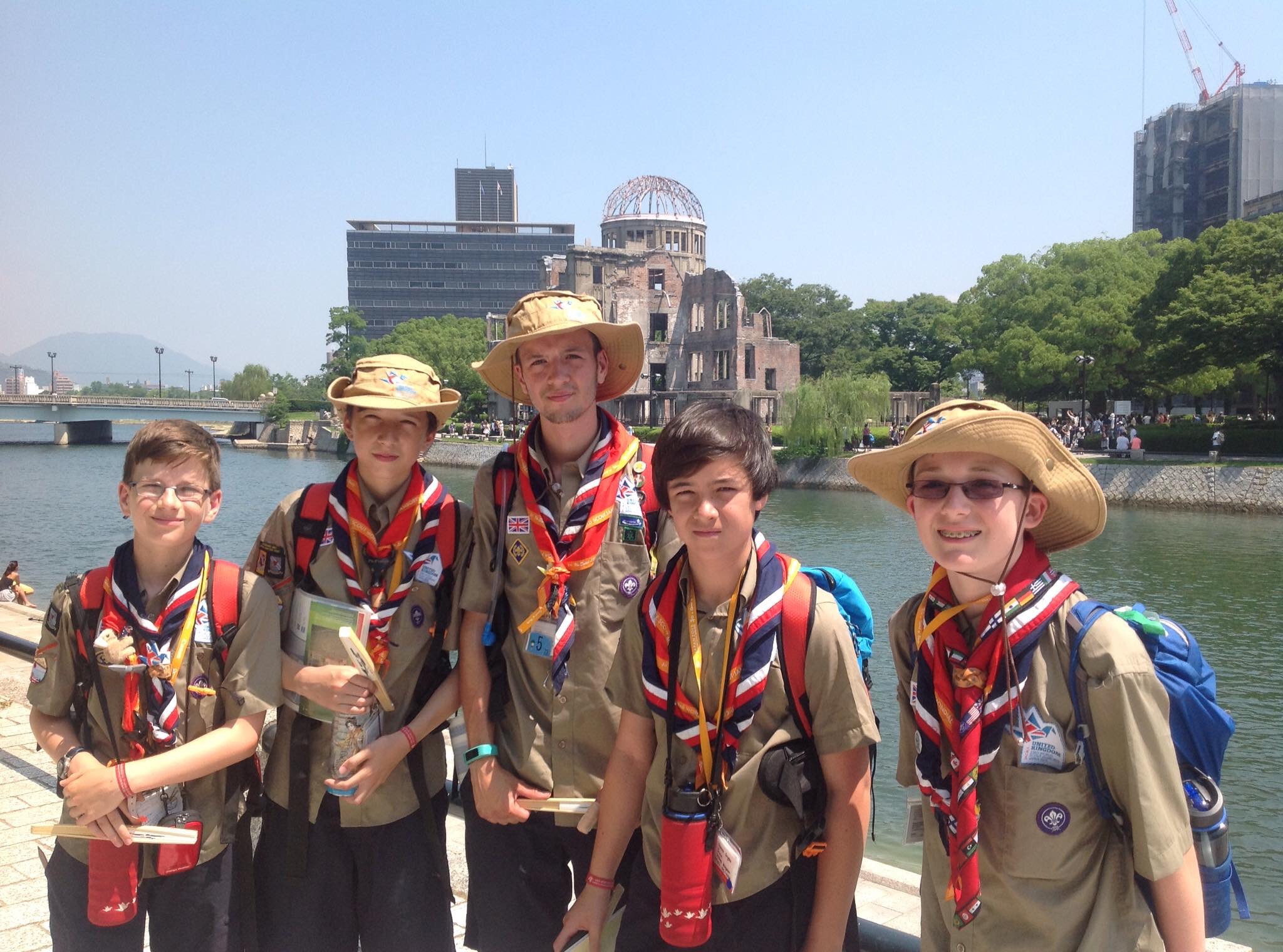 This morning, in just a few minutes time, at 8:15am, Hiroshima and Nagasaki will fall silent as tens of thousands of people pay tribute to the victims and survivors of the world’s first atomic bombs.
In both cities will be young representatives of almost every nation in the world – Scouts, participating in the 23rd World Scout Jamboree here in Japan.

Every Scout at the Jamboree has had the opportunity, during the course of the event, to visit Hiroshima and take part in a peace programme.

In 1929, at the 3rd World Scout Jamboree, held in Arrowe Park, England, the founder of Scouting, Robert Baden-Powell spoke of peace at the event’s closing ceremony:

“Here is the hatchet of war, of enmity, of bad feeling, which I now bury in Arrowe”, he said to the crowd of 50,000 young people. “From all corners of the world you came to the call of brotherhood and to Arrowe. Now I send you forth to your homelands bearing the sign of peace, good-will and fellowship to all your fellow men. From now on in Scouting the symbol of peace and goodwill is a golden arrow. Carry that arrow on and on, so that all may know of the brotherhood of men.”

“I want you all to go back from here to your countries in different parts of the world with a new idea in your minds of having brothers in every country… Go forth from here as ambassadors of goodwill and friendship. Every one of you Scouts, no matter how young or small, can spread a good word about this country and those whom you have met here. Try to make yourselves better Scouts than ever; try to help other boys, especially the poorer boys, to be happy, healthy, and helpful citizens like yourselves. And now, farewell, goodbye, God Bless you all.”

How fitting that we should all be in Japan today.