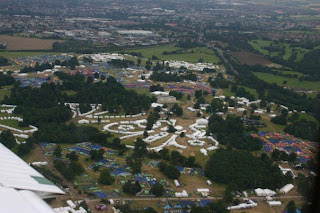 So that’s it then. I’ve just left the closing ceremony of the 21st World Scout Jamboree. Outside Jamboree HQ, in the arena, 40,000 young people and their Leaders are partying. We’ve handed the World Scout Flag on to Sweden, who’ll be hosting the next Jamboree in 2011; we’ve heard the Secretary General of the World Scout Movement remind the youngsters that they really are the future; we’ve watched 200 kids on stage sing their hearts out; and we all made our Scout Promise together in our own languages just one more time. The young people have just been asked to go quietly back to their sub-camps. Fat chance of that. They’ll be partying for several hours to come!

So that’s it. Well, not quite. We now have to get the 40,000 people away from Hylands Park – either on to home hospitality with families around the UK who are going to let them see what Britain is really like – or off to airports and seaports to travel home. Over the next 24 hours we’ll be moving a coach every minute through our bus terminal. Meanwhile our international service team will be dismantling tents, packing up computers and stacking tables. By Sunday night, we expect to have left Hylands Park clean and tidy – and ready for the V Festival which follows us on to the site.

Twelve years ago, I signed a form as the International Commissioner for the UK Scouts, letting the World Movement know that we’d be bidding to host the 21st World Scout Jamboree. I’m immensley proud to have played a very small part in making this event a success, along with 8,000 other adults who have given up their summer holidays to help some amazing young people have the adventure of a lifetime. On Friday, I go back to the day job as the Chief Executive of the UK Career Academy Foundation, put on my suit again and check my emails in Canary Wharf. But I will never forget this extraordinary three weeks.